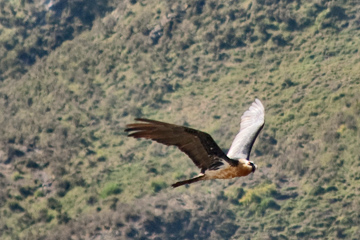 To date, 114 different bird species have been recorded in the Guassa Area, some 2% of the 861 species of birds recorded for Ethiopia. There are 14 endemic species of birds in the Conservation Area that account for 48% of the total endemic population of Ethiopia.

Three species of birds found in Guassa are near-threatened, and two species are vulnerable.Among the 114 species recorded, 34% are Afro-tropical Highland Biome restricted species.

The range-restricted and globally endangered Ankober serin (Serinus ankoberensis) and the endemic spot-breasted plover (Vannellus melaocephalus) are found in greater numbers in the Guassa Area than anywhere else in the country. The Ankober serin is restricted to the northern part of Guassa, demonstrating that a small patch within a larger area can be important for a particular species.

One of the striking features of the avifauna of the Guassa Area is the high number of birds of prey, which is a result of the high density of rodents occupying the area. The area also serves as a wintering ground for 38 species of Palearctic and intra-African migrants. 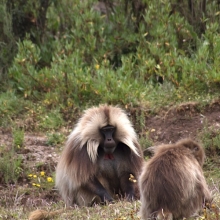